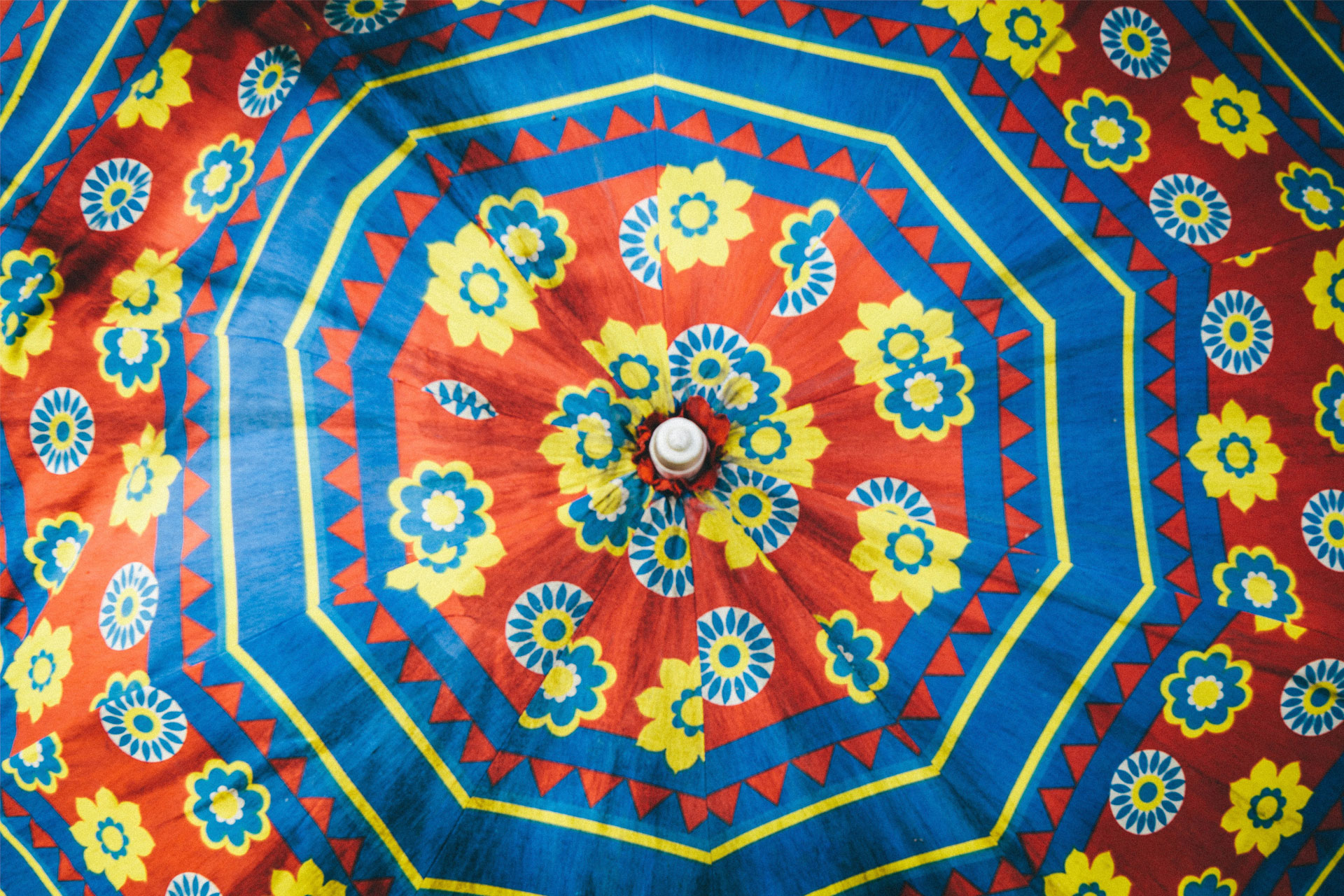 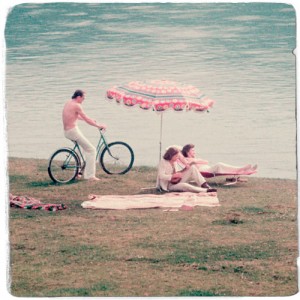 Few bands match the pastoral beauty and majesty of Harmonia, the short-lived German band that existed from 1973 to 1976. Harmonia was a ‘Krautrock’ supergroup, bringing together Dieter Moebius and Hans-Joachim Roedelius of Cluster, and Michael Rother of NEU!. Though Harmonia was not very well known during their lifetime in their native Germany, their music soon captured the attention of Brian Eno, David Bowie, and other highprofile admirers overseas. Eno was so captivated by Harmonia — he once famously called them the “world’s most important rock group” —that he briefly joined the band, recording music with them in 1976.
“I liked Harmonia because they represented to me all that I had been enjoying about German music in general: a spareness, a rigor, a sense of experiment,” says Eno. “They were a long way from the world of ‘entertainment.’ I didn’t want entertaining at the time. They came — at least spiritually — from the world of German experimental music: Stockhausen, Darmstadt, etc.”

The story begins in 1971, when Dieter Moebius and Hans-Joachim Roedelius of Cluster moved from Berlin to the wilds of Forst, deep in the countryside of Lower Saxony, next to the Weser River. In Forst, they made their homes within three grand, crumbling houses built several centuries ago.

Michael Rother visited Forst in in early 1973. Rother recalls. “When Klaus Dinger and I tried to put NEU! on stage in ’72 in Düsseldorf after releasing the first album, it was impossible to find the right musicians for touring because nobody understood our ideas.

I remembered Cluster and their track „Im Süden“, and because I saw similarities in the harmonic approach I decided to pay them a visit in Forst.” Rother brought his guitar along, and jammed with Roedelius.

“This sounds romantic — it was like love at first sight,” says Rother. “The two instruments we played together immediately clicked, and so I decided to put NEU! on hold. Roedelius and Moebius were equally excited about the idea of the three of us working together and so six weeks later, I left Düsseldorf and NEU! behind and moved to Forst. That’s how Harmonia started.” 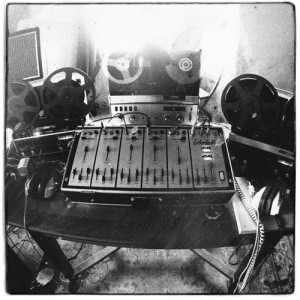 The differences in musical temperament between Roedelius, Moebius and Rother were clear from the outset. “We are three people and we each have our own kind of music,” says Moebius. Of the three, Rother was the only who had something resembling musical training; “As a teenager in the ‘60s I started by copying my musical heroes on the guitar and, by doing that, learning the basics of pop music,” Rother says. Moebius, meanwhile, had noisier, more anarchic inclinations. “I’m more of the punk guy,” he says with a laugh. Roedelius was more overtly romantic and melodic, but his approach to making music had more in common with Moebius than with Rother. “Moebius and I didn‘t know about music very much when we started,” Roedelius says. “I was a physiotherapist and Möbi was a graphic designer. We liked to do music and had to find what fit to us, to find our own sound language… When Michael came into the game it changed our approach to what we did. We learned a lot about how to compose.”

Few people know that the name ‘Harmonia’ was initially a joke. “In Germany it’s popular to call a choir a ‘Harmonia’ something, like ‘Harmonia Düsseldorf’…we found this signpost in the cellar saying ‘Harmonia Ottenstein’, a place near Forst, we chose that name. That was a joke from the beginning. Hardly anyone gets that joke.”

Life in the rambling, rural environs of Forst was as much about surviving with little money as it was about making music. “It’s a very important part of the game that we were able to live at that place, in that beautiful island of silence and beauty, surrounded by cows and horses and geese and pigs,” says Roedelius. “Going to the forest and cutting wood and doing the gardens, that was part of it. I think if we wouldn‘t have been living there it wouldn‘t have been the same thing at all.”

Indeed, the music of Harmonia is part and parcel of the lush landscape of Forst, and its communal spirit. “I cannot see a house or a road when I look out of the window and over the river — it’s just fields and mountains and green,” says Rother.” Roedelius calls Forst an “island in the midst of reality.”

Harmonia released their debut album, Musik von Harmonia, in 1974. The striking Pop Art cover of a detergent bottle, designed by Moebius, gave the band an instantly iconic and modern look. Each track sounded completely different, from the rhythmic “Watussi“ to the shimmering ambience of “Sehr Kosmisch.” Harmonia recorded and mixed the album themselves, in Forst. “We had three [tape] machines, Revox type, and a very primitive mixer,” says Rother. “The advantage was we could work whenever we wanted and didn‘t have a studio clock ticking away. The record sales, however, were very disappointing, our love for the music was not echoed by the public” says Rother.

Harmonia’s second album, Deluxe (1975), was co-produced by the brilliant producer and engineer Conny Plank, who had worked with NEU!, Cluster, Kraftwerk, and many other bands. At that time, Plank had started his own studio near Cologne. He brought a 16-track mobile MCI recording machine and a small mixing desk to Forst. Plank stayed in Forst for about two weeks, and Mani Neumeier, the energetic drummer of Guru Guru, also joined in on a few of the tracks. Deluxe was recorded on Plank’s equipment in Forst in the summer of 1975, and mixed at his studio soon afterwards.

“We were very fortunate to have a figure like Conny Plank around, because he was equally crazy,” says Rother. “We didn‘t have to push him to experiment; we were all on the same level. Everybody was looking for new expressions, a new way of creating the sound. It was a very creative process, working with Conny. I remember some really wonderful moments, because he was so talented in picking up your ideas. We never theorized about music, we were intuitive players, musicians. The same with Conny — we didn‘t explain, or try to put into words what we were doing.”

Deluxe is a breathtaking album, a clear departure in style. It was the most ‘pop’ that Harmonia ever became, with tighter song structures than the more sprawling landscapes of Musik von Harmonia.

However, the difference in ideas about their music became apparent and hard to handle for Roedelius, Rother and Moebius. After struggling for months about the direction the music of Harmonia should take, Harmonia split up in 1976, but the group briefly reunited later that year to record in Forst with Eno, who was en route to Montreux to work on Low with David Bowie. Brian Eno had met Harmonia in 1974, during a Harmonia concert at Fabrik in Hamburg; Eno jumped on stage to jam with the band for the second half of their set.

The band had already decided to part ways when Eno came to Forst. “Brian came when Harmonia was already dead,” says Roedelius. “We stopped working together, each of us had already recorded albums individually in the summer of ’76 but one day Brian called that he would like to come.“

“When we worked together we didn’t have a hierarchy at all…it was a small anarchic state we lived in,” says Eno. “The surprise came when I started making the music into songs, which was not an area that Harmonia had explored much before. For me, always teetering on the edge of disenchantment with songwriting, this new way into it was thrilling. We made music, and sometimes the music turned into songs. There was no pressure for them to do this.”

There was no plan to record an album, only to enjoy the exchange of ideas and to record them. In later years, the tapes were not available for many years and thought to be lost. “Tape was so unbelievably expensive — that was the biggest limit with all our recording,” says Rother. “We had to re-record over our original recordings because we couldn‘t afford to buy blank tape. It was such a problem that when Brian Eno came to visit us in ’76, he brought two or three blank tapes along. I had a four-track recording machine, and he took those tapes with him, meaning to return to Forst and continue the collaboration. But that didn’t happen so the tapes were lost for a long time, until Joachim found two of the tapes in the archives in London.”

After the Harmonia sessions in 1976 with Eno, the group went their separate ways. Roedelius, Moebius and Rother continued to record albums, either solo or in collaborations with other musicians. All three are still active these days, even more so than ever before. Their music has inspired generations of musicians and these days it appeals to audiences, young and old, in a way Roedelius, Moebius und Rother couldn’t have imagined in the 1970s.

Despite the differences, there was a shared vision with Harmonia, too. “We were all different individuals — that was clear from the beginning,” says Rother. “But we were similar in our wish for freedom: freedom in the way we chose to live, and in our wish to be independent from record companies and to live a free life. That was something we had in common.”

Harmonia lives on as a document of that magical time in Forst. “It was a good combination,” says Roedelius. “Doing art, having a good life, doing really working on Earth, standing with our feet on Earth.”